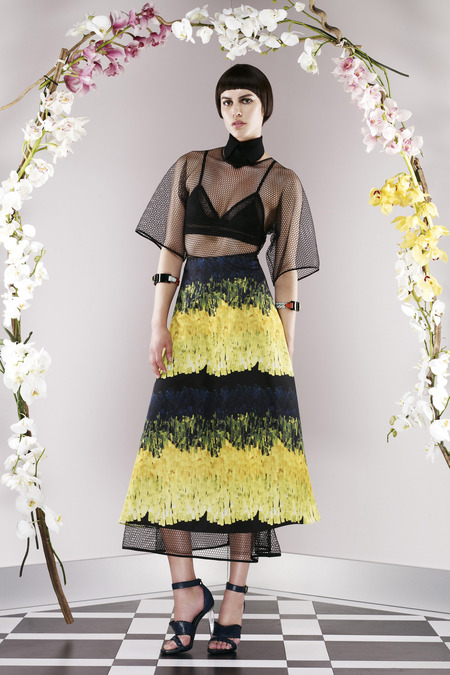 The carefree youth which was portrayed in Corinne Day’s photograph of a topless Kate Moss, in an American Indian headdress (for the July 1990 cover of « The Face »), was the starting point of the Alexander McQueen by Sarah Burton Resort 2014 Collection.

Posted by Fashion Mayann on June 25, 2013 in Uncategorized 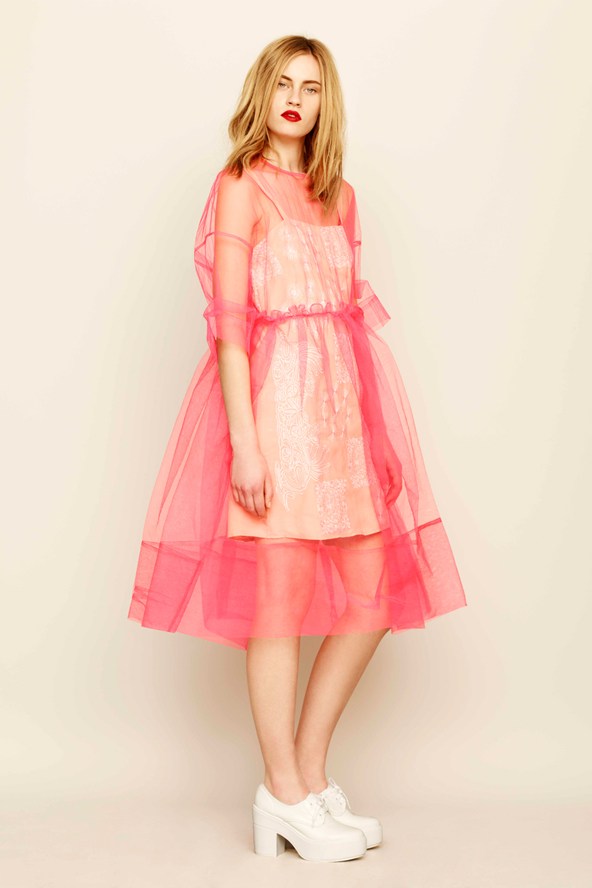 The Spice Girls influenced the Molly Goddard for ASOS Collection, which features 4 dresses, launched for Summer 2013.

Vietnam is one of the tropical paradises, transformed into a war zone, which were evoked in the Prada Spring/Summer 2014 Menswear Show, which also highlighted pieces that will be available as part of Prada’s Resort 2014 collection for women.

Posted by Fashion Mayann on June 23, 2013 in Architecture

To design her Resort 2013 collection, Nanette Lepore remembered the inspirations, such as Donald Judd, of the art students, when she was at college.

Other Donald Judd-influenced collections : Marc by Marc Jacobs Spring/Summer 2012 (the program notes of this show mentioned architectural-art way stations like Donald Judd’s in Marfa, Texas), Nicholas Kirkwood (since 2005, sculpture, especially Donald Judd’s works, has been a strong inspiration for the « sculpture-heels » of the shoes Nicholas Kirkwood designs), Proenza Schouler Autumn/Winter 2008-2009 (Donald Judd’s works and a road trip to his Chinati Foundation, in Marfa, Texas, inspired this collection).

Furthermore, in 2005, for the decor of the Seven New York store, 110 Mercer Street, in New York, John Demas took inspiration from Donald Judd’s works, and, in 2008, Devi Kroell said that Donald Judd was one of her inspirations.

The Zero + Maria Cornejo Pre-Fall 2013 Collection features a camouflage-style print which was made with pixelated portraits of Bob Marley.

Other Bob Marley-influenced collections or items : Altuzarra Resort 2013 (the starting point of the Rastafarian red, yellow and green belts of this collection was the « Marley » documentary), Catch a Fire (this brand, established in 2001 by Bob Marley’s daughter, Cedella Marley, was named after The Wailers 5th album ; furthermore, the outfits that Cedella Marley designed for the 2012 Olympics’ Jamaican team, in association with Puma, were partly inspired by Bob Marley).