Other The Clash-inspired collections : Kelly Wearstler Pre-Fall 2012 (old videos of The Clash  were among the influences of this presentation), Luella Autumn/Winter 2000-2001 (this show was titled « Daddy, who were The Clash ?»), Phi Spring/Summer 2008 (this show paid tribute to the « insouciant yet elegant » look of The Clash).

Moreover, in 2010, to launch The Rodnik Band for OVS industry capsule collection, Philip Colbert wrote the song « God Dress the Queen ! », which was based on The Clash’s « London Calling ». 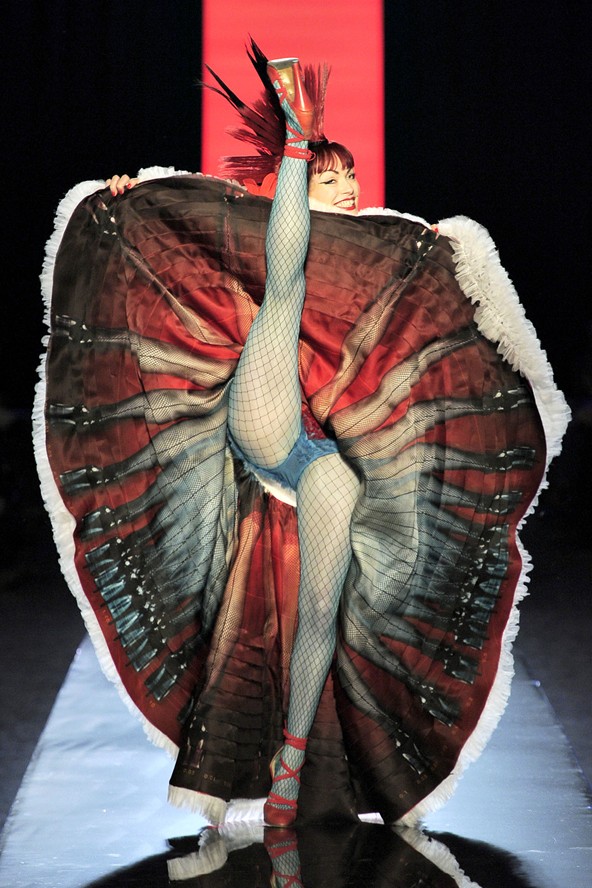 Other Moulin Rouge-inspired collections : Charles Anastase Spring/Summer 2009 (the theme of this show was « a schoolgirl rampage through the Moulin Rouge »), Dee Hutton Autumn/Winter 2013-2014 (this collection draws inspiration from the Moulin Rouge).

Posted by Fashion Mayann on December 30, 2013 in Uncategorized