Tag Archives: Food for All 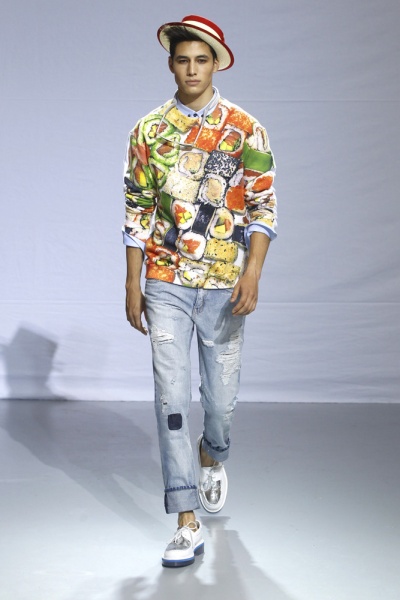 Other Sushi-influenced items : David Szeto (at the beginning of the 2000s, David Szeto often created fabric-rolled puffed sleeves, that he named « sushis », to adorn some of his pieces), Elise Øverland Autumn/Winter 2009-2010 (the « Shimmer » theme of this show was influenced by a book about Japanese sushi).

Moreover, Kate Moss designed a special sushi box (carrying 40 pieces) for Sushi Shop®, that was available from May 13, 2013.

Giuseppe Arcimboldo’s portraits, made of such things as fruits, vegetables and flowers, inspired motifs in the Frankie Morello Spring/Summer 2014 Menswear Collection, titled « Food for All ».