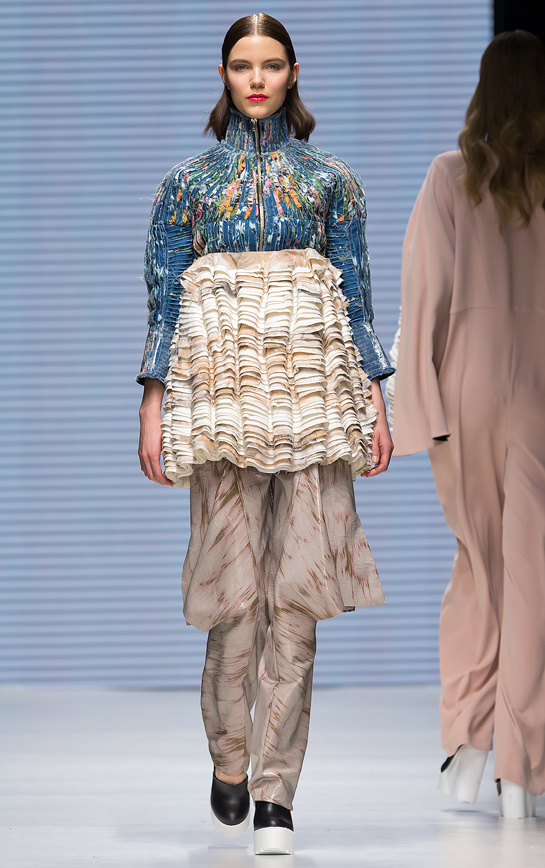 Eddy Anemian’s collection, which has been rewarded the 2014 H&M Design Award, and which was unveiled on January 28, 2014, at Stockholm’s Mercedes-Benz Fashion Week, is based on Tilda Swinton in Luca Guadagnino’s « I Am Love » and on the paintings of Jean-Auguste-Dominique Ingres.

Posted by Fashion Mayann on January 31, 2014 in Cinema

Sex and the City

Sarah Jessica Parker’s debut footwear collection (made in collaboration with George Malkemus, president of Manolo Blahnik USA), which will debut exclusively at Nordstrom on February 28, 2014, is partly inspired by the floral details from the wardrobe of « Sex and the City »’s Carrie Bradshaw.

Posted by Fashion Mayann on January 30, 2014 in Uncategorized